What others love most

What is MacAdam ellipse ?

The MacAdam ellipse is conditionally accurate in color. Namely, the possibilities of the human eye to distinguish colors are quite inaccurate. In about 1930, it was decided to investigate the matter thoroughly. The number of experiments was such that one color was fixed and the other color could be changed until the subject was finally sure that both colors were the same. In reality, however, there was a slight difference. The colors considered to be the same and the specific color that participated in the test were elliptical on the color scale. David MacAdam, hence the name, contributed a lot to the experiments. The result is also divided numerically according to the size of the ellipse. The higher the number, the more the color in the ellipse differs from the so-called standard. 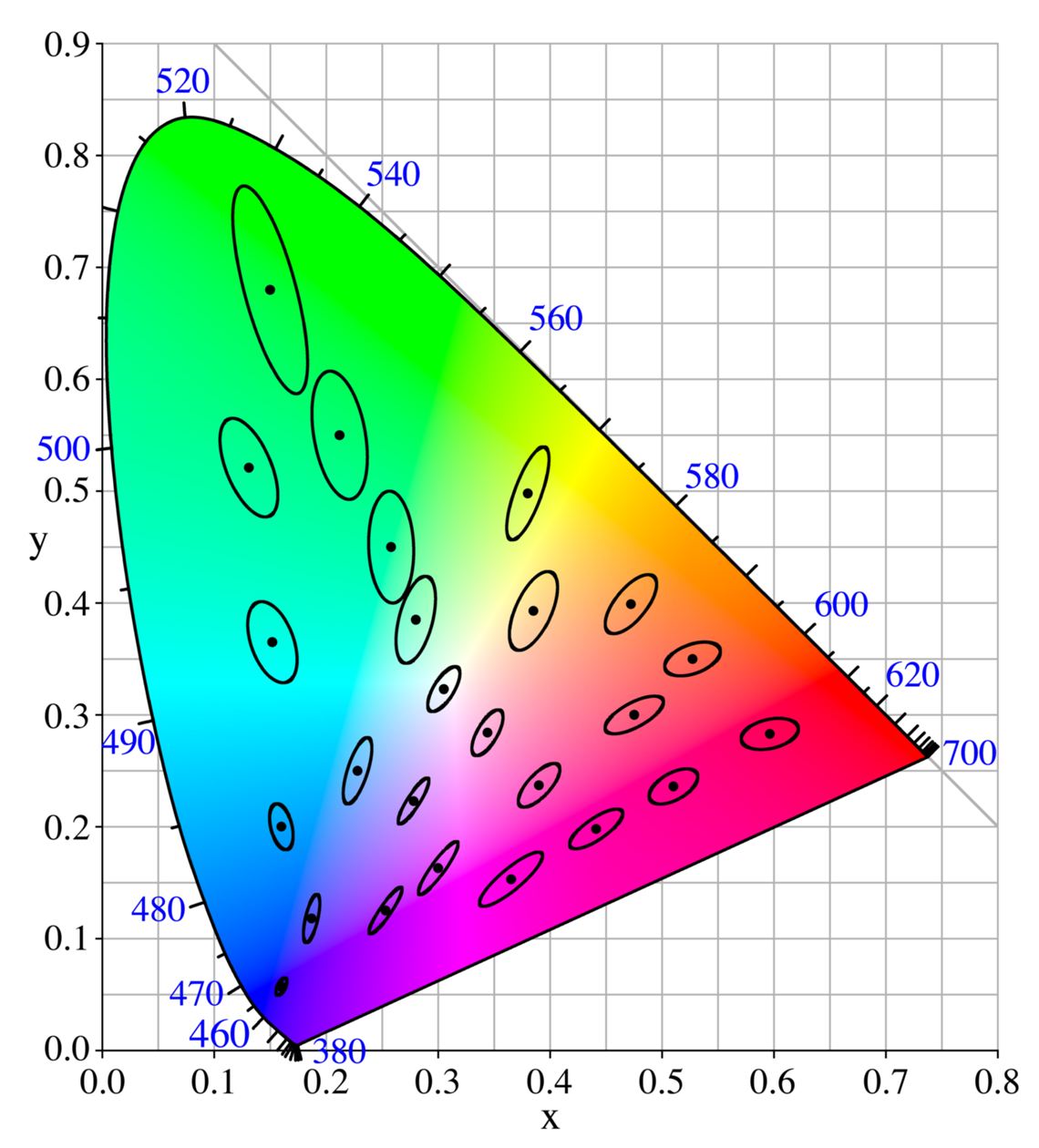